Changan Avatr 11 price is $51,800, on this page you can find the best and most updated price of Avatr 11 with detailed specifications and features.

After a long wait, Avatr 11 has finally been launched in China. Avatr is a joint project between Changan New Energy, CATL, and Huawei. The Avatr 11 got 578 hp, a CLTC range of 680 km, and a starting price of 349,900 RMB (51,800 USD). The first deliveries will begin in December this year. Let's get familiar with Avatr 11. Avatr, a joint venture between Changan and NIO, was introduced in 2018. NIO eventually left the JV. NIO was displaced as the second-largest shareholder by CATL. Currently, CATL owns 17.1% of the shares, while Changan owns 40.9 %. Huawei does not own any Avatar stock, it should be noted. It exclusively looks after the avatars' hardware and software for networking, infotainment, and autonomous driving. Huawei also provides electric motors and a few other components. Avatr recently disclosed that it would work with BP, a British oil firm, to develop a high-speed charging network in China. Avatar advances swiftly overall. Let's now learn more about its first EV. 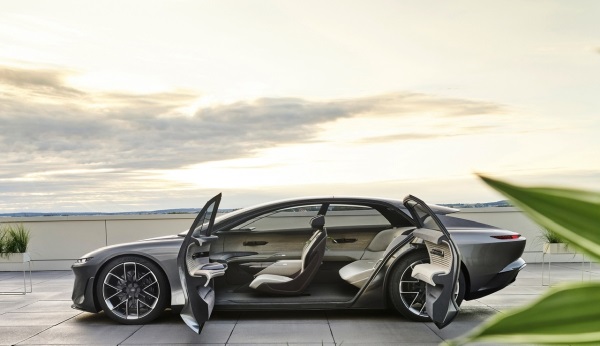 Two optional ternary (NMC) batteries made by CATL are available for the 11. For 555 km of CLTC range, the entry-level battery has a capacity of 90.38 kWh. The top trim level features a 116.79-kWh battery with a range of 680 kilometers. Additionally, the Avatr 11 can charge at 240 kW. It can therefore recharge 200 kilometers in 10 minutes. Avatr 11 is available in seven exterior colors: Black, Light grey, Foggy green, Clean White, Red, Dark Grey, and Snow-white.

The Avatr 11 is equipped with the AVATRANS intelligent driving technology. Thirty-four distinct sensors, including 3 LiDARs, are included. This machine has 400 TOPS of processing power. According to Avatr, its intelligent driving technology will be practical on motorways, city streets, etc. It enables features like pedestrian identification, traffic light recognition, and lane change assistance. It's important to note that some of the features demand a subscription.

The Avatr 11's interior is sleek and contemporary. Three screens are in its middle console. The size of the primary monitor is 15.6 inches. Huawei's Harmony OS powers it. Some advantages of this system include voice and gesture control. Both the passenger screen and the instrument panel have a 10.25-inch diagonal. The sporty steering wheel for the Avatr 11 is hexagonal. The center tunnel has concealed cup holders and a sizable wireless charging pad for two phones.

It has a 12-channel power amplifier and 14 speakers. It also has installed ASE (Active Sound Enhancement) and RNC (Road Noise Cancelation) systems. The interior of the Avatr 11 comes in four color schemes: Black, Dark Black, Light Gray, and Burgundy.